The Australian Conservation Foundation (ACF) has released a report “The Dirty Truth”, mapping Australia’s pollution by postcode. This report, based off industry-reported emissions data in National Pollutant Inventory, reveals that air pollution in Australia is “both a class and climate issue,” with 90% of polluting facilities in low to middle income suburbs. 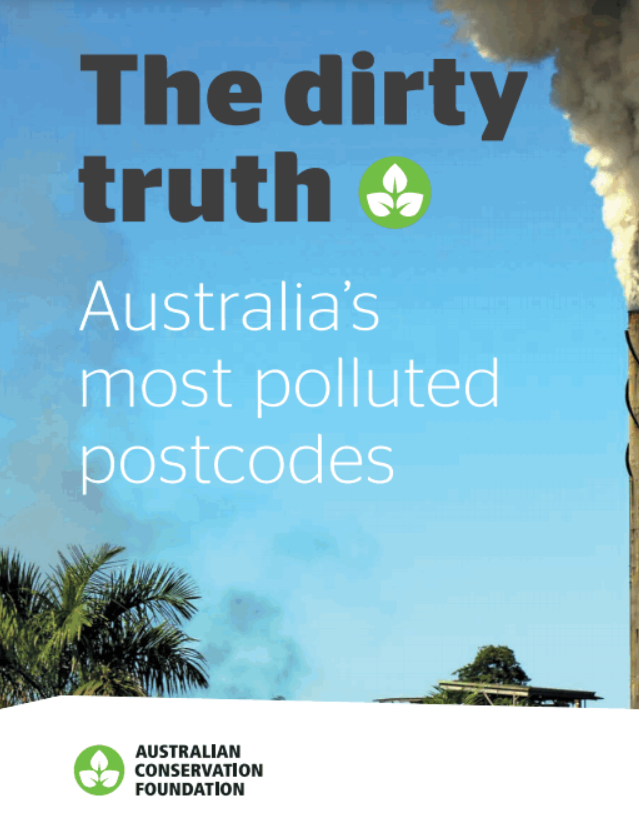 Air pollution causes higher rates of illness such as asthma, emphysema, chronic bronchitis and other chronic pulmonary diseases. It is estimated that urban air pollution results in 3,000 premature deaths in Australia each year.

Of the five most polluted postcodes in Australia (Newman, Latrobe Valley, Mount Isa, Collie, Hunter Region), coal-fired power stations are the largest emitters in three, and mining operations create the most emissions in the other two.

Currently, Australia has no binding air pollution standards. Instead, there are non-binding reporting standards that are negotiated between state, territory and federal governments. The reports advocate for the need for national standards to drive down air pollution and to ensure a consistent approach across Australia.

Read more about the report, and use this interactive tool to see how your suburb is affected by air pollution at https://ab.co/2K7271C

Note that the ACF took the NPI data and looked at the location of the polluting facilities, so if you live in a suburb next to one identified in the report, your postcode reading could be zero.