AN OPEN LETTER from an unprecedented coalition of health, welfare, and environment groups published today calls for all candidates in the upcoming federal election to recognise climate change as a core public health threat and commit to
supporting policy to respond. 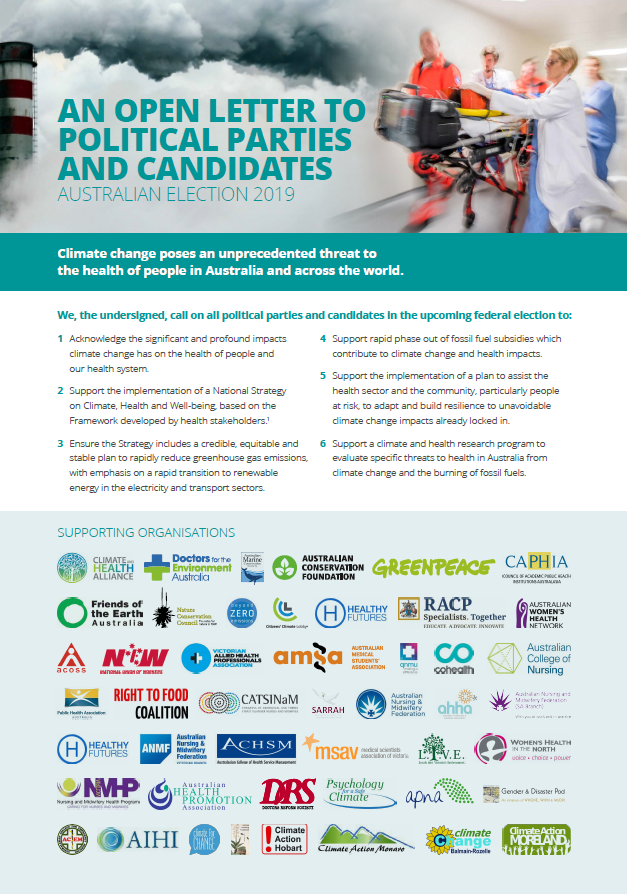 The letter cites the World Health Organization which has declared climate change a “health emergency”, and the prestigious international medical journal The Lancet which considers climate change “the greatest threat to health of the 21st century”.

“These calls are backed by several decades of national and global scientific evidence, and the direct experience of hundreds of thousands of people around the world. We have already seen hundreds of thousands of deaths directly linked to the impacts of climate change. We must have urgent action to protect the people of Australia from further harm."