The Climate and Health Alliance has had a busy couple of months! Our growing team worked on the Northern Territory Election, and ran a series of events which will inform our strategy moving forward.

We’ve officially kicked off our campaign to ensure climate and health are at the centre of governments’ post-COVID policies and plans!

The first step of the campaign was to run our virtual roundtable series. Across three virtual events, over 100 leaders from across health and other sectors gathered to imagine what 2030 may look like. We had a wealth of experience in the "room", including Damon Gameau (2040 director), Dr Sandro Demaio (CEO of VicHealth), Dr Angie Bone (Victoria’s deputy Chief Health Officer) and representatives from across the sector, including the Australian Nursing and Midwifery Federation, Asthma Australia, several leading universities, and many more. 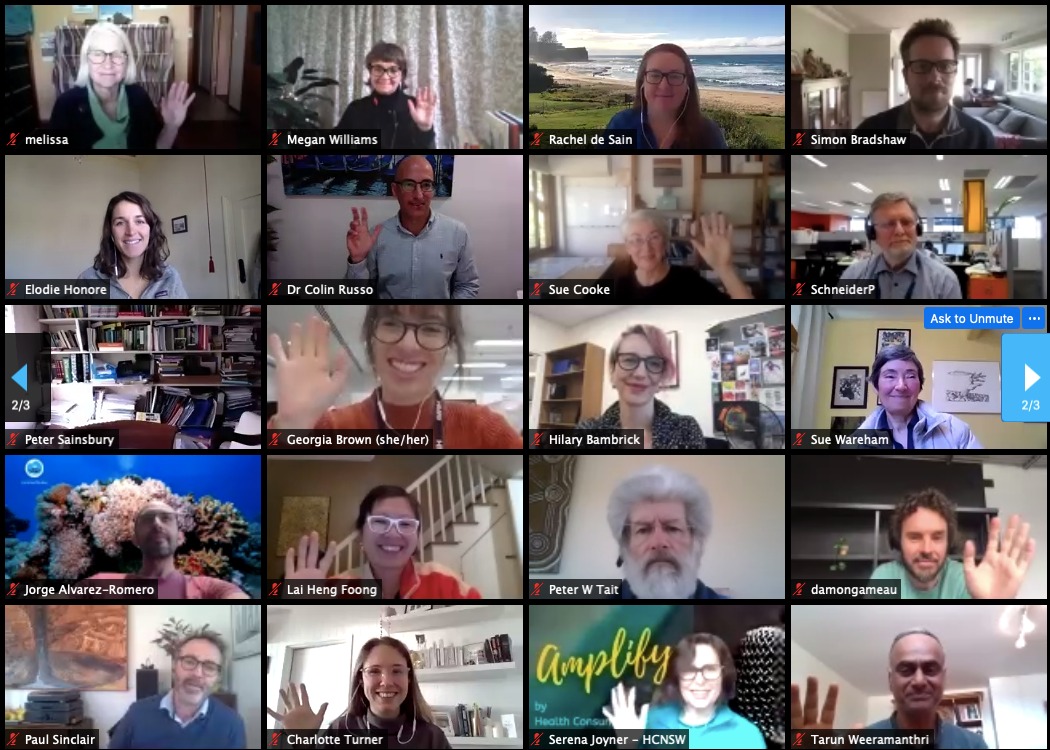 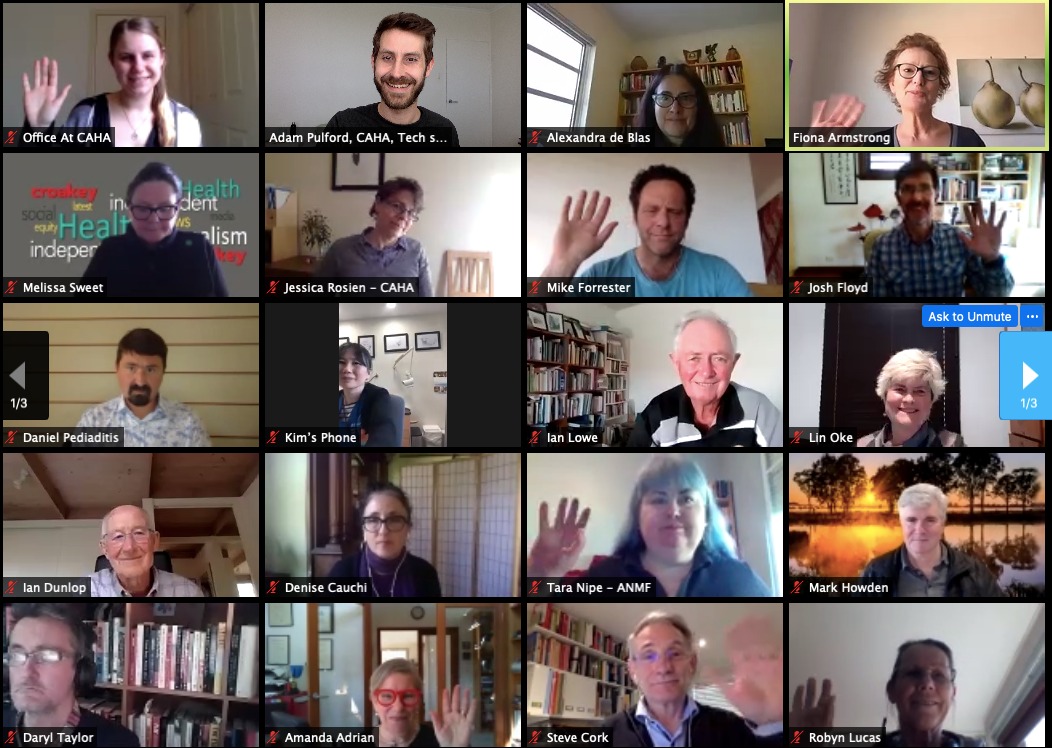 Together, we utilised "scenario planning" as a tool to help shape the agenda we will promote during our post-COVID campaign. Scenario planning pushes us to "think outside of our daily lives, and envision the world as it could be, should be, might be, what we hope it will be and what we hope it won’t be." Drawing on the diverse perspectives and expertise present, participants co-designed four possible 2030 scenarios. It was clear that all of these futures, from radically transformative to deeply disruptive, are still possible, depending on the choices we make today.

We now have a rich treasure trove of data and insight to delve into and turn into a national strategy for climate, health and wellbeing. Stay tuned!

Ahead of the NT Election on 22 August, we provided a several training sessions for 17 NT-based health professionals in advocacy and campaigning. With our support, the group collaborated to prepare the NT Election Briefing: Heat, Climate Change, Health and the Need for Urgent Action, which includes a series of comprehensive policy recommendations. The Briefing was signed by 10 NT health and community groups, including Central Australian Aboriginal Congress, Aboriginal Medical Services Alliance Northern Territory, NT Council of Social Services, and Jesuit Social Services.

We secured media coverage of the Briefing in the NT News, and organised lobbying meetings between CAHA, the NT-based health professionals and the NT Health Minister and other political candidates.

All this helped create a mandate for the Minister for Health to act, prompting the announcement of a series of climate measures. Following the release of the Election Briefing, a key NT stakeholder said:

I just had a call with the Minister’s office and they said many organisations had come out advocating on the health impacts of climate change which gave the Minister a mandate to act.

We are now exploring how we can replicate this success in the lead up to the Queensland and WA state elections.

Finally, our team is growing! We have brought on a new team member, Remy Shergill, as our new Campaigns and Communications Officer. With Remy joining us three days a week, we’re now able to do even more critical advocacy and communications work, building public and political support for climate action to protect health.

In other team news, Adam Pulford has commenced a new role as Director of Operations and Engagement, taking more of a leadership role within CAHA, and Jessica Rosien has become our Policy and Education Manager. In this role, Jess will continue training and organising individual health professionals, as well as becoming more involved in CAHA’s policy work and exploring developing climate and health professional development programs.

We’re excited about what all this work can deliver! We’ll keep you posted as it develops.