The Climate and Health Alliance today will launch their 2019 federal election campaign with a call for action on the health emergency caused by climate change. 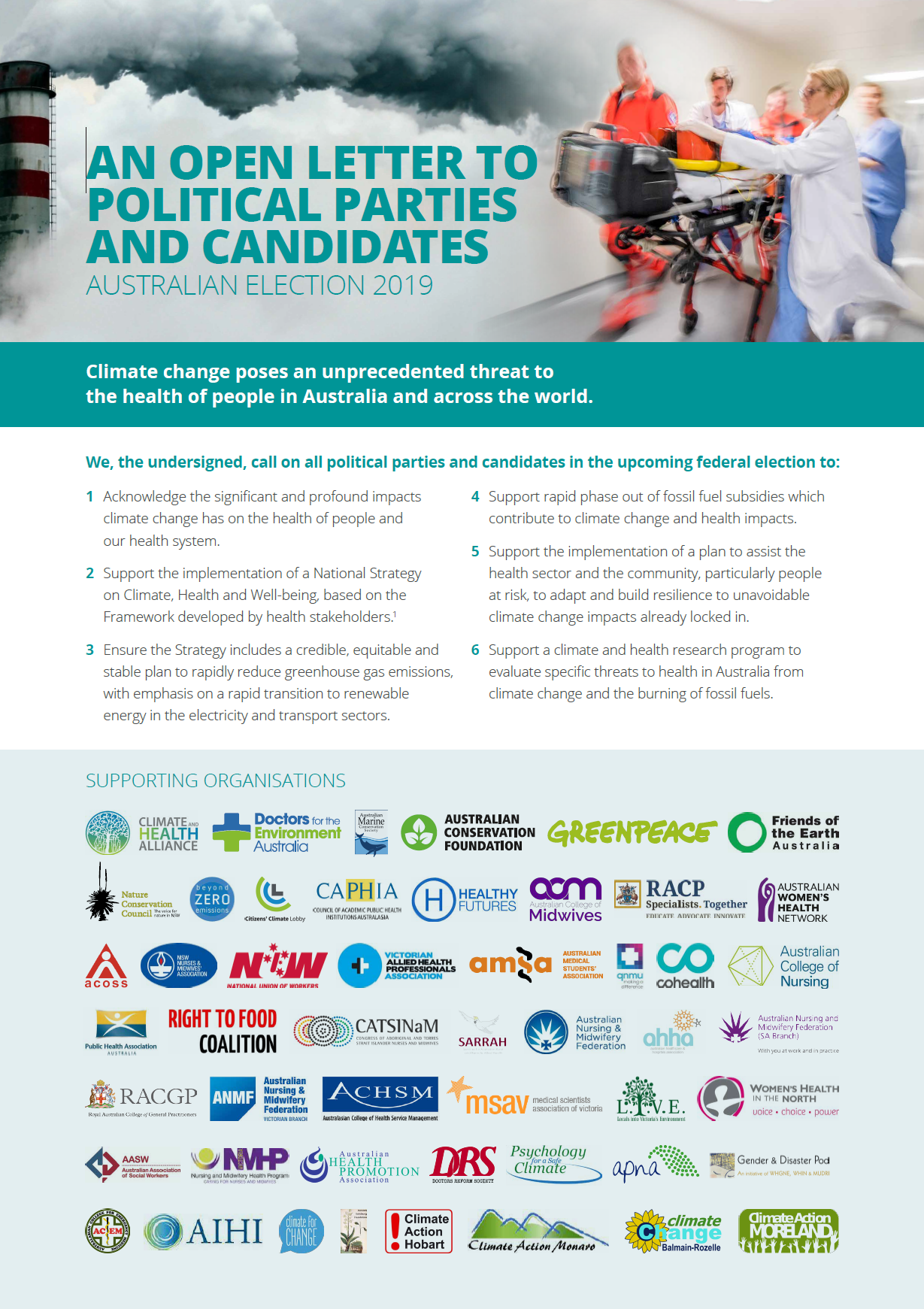 50 health, social welfare and conservation groups have formed an unprecedented coalition and written an Open Letter to all political parties and federal election candidates on this issue. Collectively, these organisations represent almost one million Australians, and include the Royal Australasian College of Physicians, the Australian Nursing and Midwifery Federation, and the Australasian College of Emergency Medicine.

In the Open Letter, the coalition calls on all candidates and political parties to acknowledge “the significant and profound impacts climate change has on the health of people and our health system” and calls for a National Strategy on Climate, Health and Well-being to be put in place, based on the framework developed by health stakeholders.

The release of the letter marks the start of the official campaign for the CAHA 2019 federal election campaign which has been building for a number of weeks as health professionals seek appointments with their local MPs and Senators to highlight the health impacts of climate change and call for their commitment to a National Strategy on Climate, Health and Well-being.