A new report published in the international medical journal The Lancet, developed by scientists at 35 universities and institutions around the world, says accelerating climate change will now define the lives of all people including children born today. 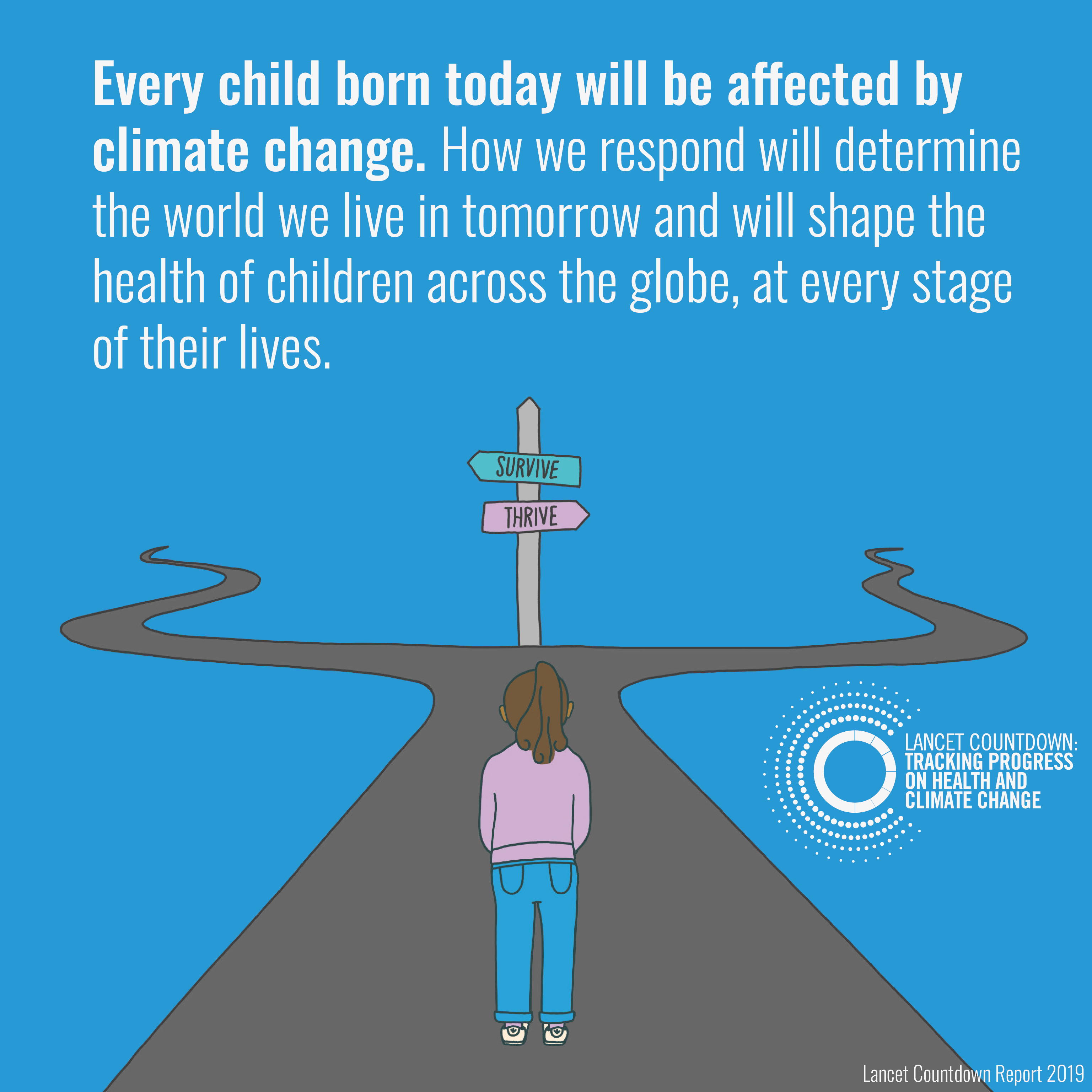 The world is struggling to cope with warming that is occurring faster than governments are able or willing to respond, the 2019 Lancet Countdown report says, and global leadership on climate change and health is being left to those most affected, particularly small island developing states.

Fiona Armstrong, Executive Director of the Australian Climate and Health Alliance, a coalition of health groups raising awareness about the risks to health from climate change, said: “Governments and industry must do more.

“This report makes clear that we can expect massive increases in bushfires across the globe, downward trends in major crop production, increases in the spread of disease, hundreds of millions of people exposed to dangerous heatwaves, and productivity will plunge as work hours are lost to heat related illnesses and deaths.

“Unless “bold new approaches to policy, research and business” are put in place to limit global temperature increases to less than 2 degrees, millions of lives will be lost in coming decades.

“The key indicators for change: the use of coal and other fossil fuels for electricity remains unchanged, and in Australia as well as globally, coal use has increased, reversing a prior positive downward trend. This has to change, as it is putting the entire global population at risk.”

The Australian policy brief accompanying the Lancet Countdown report, published in the Medical Journal of Australia, confirms climate change poses a “substantial and mounting threat to public health in Australia” – a threat which demands an urgent response from governments.

Lead author of the Australian Countdown on Health and Climate, Dr Ying Zhang, said there is clear policy guidance available to governments.

“Among OECD nations, Australia is the most vulnerable to climate change with increased exposures to extreme weather events such as heatwaves and bushfires,” Dr Zhang said.

“Ongoing delays in the development of appropriate policy responses on climate change and health have increased the health risks for all Australians.”

Australian health and medical experts have developed a Framework for a National Strategy on Climate, Health and Well-being for Australia.

Ms Armstrong said: “Since its release in 2017, Health Minister Greg Hunt has refused to meet with health stakeholders to discuss the Framework, nor has he agreed to adopt any of the recommendations. We urge the Health Minister to show leadership on climate change and health, as the benefits of doing so are immense and can help protect the health of all Australians.”

The Climate and Health Alliance (CAHA) is a coalition of dedicated health groups and individuals working to build a powerful health sector movement for climate action. CAHA has over 30 organisational members that represent over 500,000 working individuals, including the Royal Australian College of Physicians, the Public Health Association of Australia and the Australian Nursing and Midwifery Federation.