CAHA Executive Director Fiona Armstrong was invited to speak at this high level health event held in Paris during COP21 - 'Health Professionals in Action on Healthy Energy and Climate' organised by Health and Environment Alliance Europe (HEAL) held at Conseil National de l'Ordre de Medecins (CNOM) on 4th December 2015. A transcript of her presentation appears below:

Quote: "The health implications of energy policy decisions should be core business for public health professionals. Governments and policymakers are being influenced by industry incumbents to support the status quo; health professionals must highlight the direct and immediate harms to health from burning fossil fuels for electricity and transport, as well as the dramatic changes this causes to our global climate." 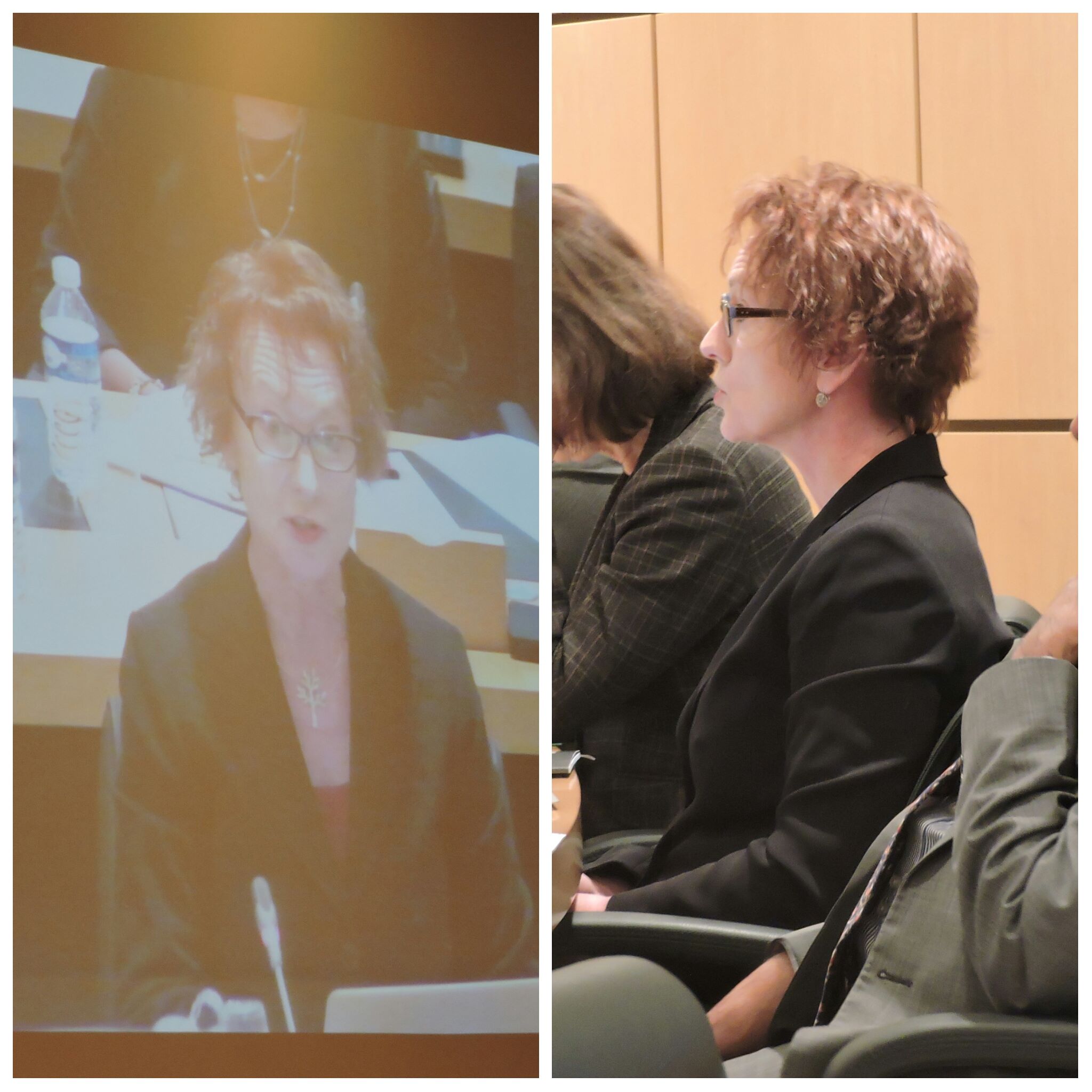 "In Australia, it is estimated that the adverse health impacts from pollutants produced from coal fired electricity generation cost A$2.6 billion annually (likely a huge underestimate). The production?and combustion of petroleum and diesel for transport is a major source of air pollution that causes respiratory, cardiovascular disease and cancer. Air pollution results in 3000 premature deaths each year in Australia, and costs the nation up to $24.3 billion in health expenses every year. The DARA Climate Vulnerability Monitor estimated in 2012 the global costs to human health associated with the carbon intensive energy systems of the global economy is $540 billion each year, excluding health impacts resulting from climate change. If climate impacts on health are included, the total current cost to the global economy is estimated to be $1.2 trillion annually.

The Climate and Health Alliance has been leading an effort to focus the attention of health groups and policymakers on the health implications of energy choices since 2013. We convened a Roundtable of health leaders on this topic in 2013, including our Chief Medical Officer, representatives from public health, medical, and nursing organisations, as well as bureaucrats from health and energy departments, energy consultants and community advocates. We invited health sector stakeholders to consider their role in advocating for healthy energy choices, leading to the development of a Joint Statement as well as a comprehensive Position Paper and Background Paper on Health and Energy Choices (some copies are available here today and can be downloaded from the CAHA website).

We also produced a film called the Human Cost of Power featuring public and environmental health experts discussing the risks to health from our current fossil based sources of power for electricity and transport as a public education tool. This year we turned our attention to the most carbon intensive region in Australia, the coal mining region of the Hunter Valley in NSW, in a report which documented the health impacts of the coal production cycle on local communities, and evaluated the economic costs associated with coal for local communities, for the regional and national economy and also to the global economy in terms of the contribution of Hunter Valley coal to global climate change. We have used these reports and the film to influence national and regional policy debates and have been successful in getting the issue on the political agenda in the case of the Hunter Valley report, with politicians from both major parties being publicly asked to respond to the report and its findings, and provoking a ferocious attack on the evidence we presented by the coal industry lobby group, who claims there was "absolutely no evidence" of harm to health from coal.

Our calls for a moratorium on new coal are now being embraced by mainstream economic commentators, and the health impacts of coal now much more widely discussed in mainstream media. So far, there has been little response from national and state governments “ national energy policy documents remain delusional in the sense that they predict a strong future for coal and gas, and very often they ignore, and do not mention, climate change as an energy policy. From the community there has been a shift however, with a rapid increase in the take up of solar power, and adoption of energy efficiency measures, coupled with a carbon price, did lead to a drop in Australia's emissions a year or so ago. However the election of a Liberal-National Coalition government, with a climate sceptic as leader (only recently replaced), saw the removal of the carbon price and Australia's emissions are surging upwards again. Some of the responses from the NGO and third sector are more promising, with churches, universities, and superannuation companies pledging to limit their investments in coal. The Royal Australasian College of Physicians has pledged to divest from fossil fuels. Together with Doctors for the Environment Australia we will release a paper next year on the role of the health sector in divestment so we hope to see many more such announcements.

Casting energy policy as a health issue, and using it to draw attention to the health impacts of fossil fuel energy production, as well as being a climate change issue, has made the issue more accessible for some health professionals “ as they can appreciate the immediate, direct and local health impacts are an important issue for health professionals to intervene on. It helps to highlight the root causes and drivers of climate change as a point source health issue. This seems somewhat easier to grasp and to act on in some ways than the global impacts of climate change. The evidence shows that people care about their health “ and using this as framework for communicating the need for change in energy policy choices is something local communities and other advocates appreciate is powerful and effective in convincing many people (although not Australian politicians, yet) that burning fossil fuels is dangerous, outdated and there is no place for it in a healthy, sustainable, low carbon world."