This federal election health professionals and others working in the sector have the opportunity to influence candidates on the issue of climate change, health and well-being.

We invite all our supporters to contact their local candidates and either email or visit them to let them know that climate change is and will affect Australians health and that, conversely, climate action is a win for both people's health and in reducing the economic burden of ill-health associated with climate change.

Saturday’s election may be Australia’s last chance to start taking action on climate change to have any chance of avoiding an environmental and human catastrophe.

In these final hours, ahead of this pivotal climate election, the Climate and Health Alliance has released a short film, 'Our Health - and the Climate Election' with a message from health and medical leaders to the people of Australia as they prepare to vote this Saturday.

The message is: Climate change constitutes a health emergency. We are running out of time to take effective action on climate change.

The prescription from the health and medical community is, this election, vote for a candidate, and a political party, that is committed to climate action.

Please, vote wisely, for this and future generations. Our health depends on it.

Your voice is critical!

This election we are urging supporters to #voteclimate and pledge to take action in support of the campaign.

Tell your local MP or Senator that climate change is affecting the health of your clients and patients and the health of the community, and that you want action from the next government.

Talk to your colleagues, family and friends about the impacts of climate change on health and invite them to join the Our Climate Our Health Campaign and to support the campaign by emailing their local member, donating and following us on Facebook and Twitter. 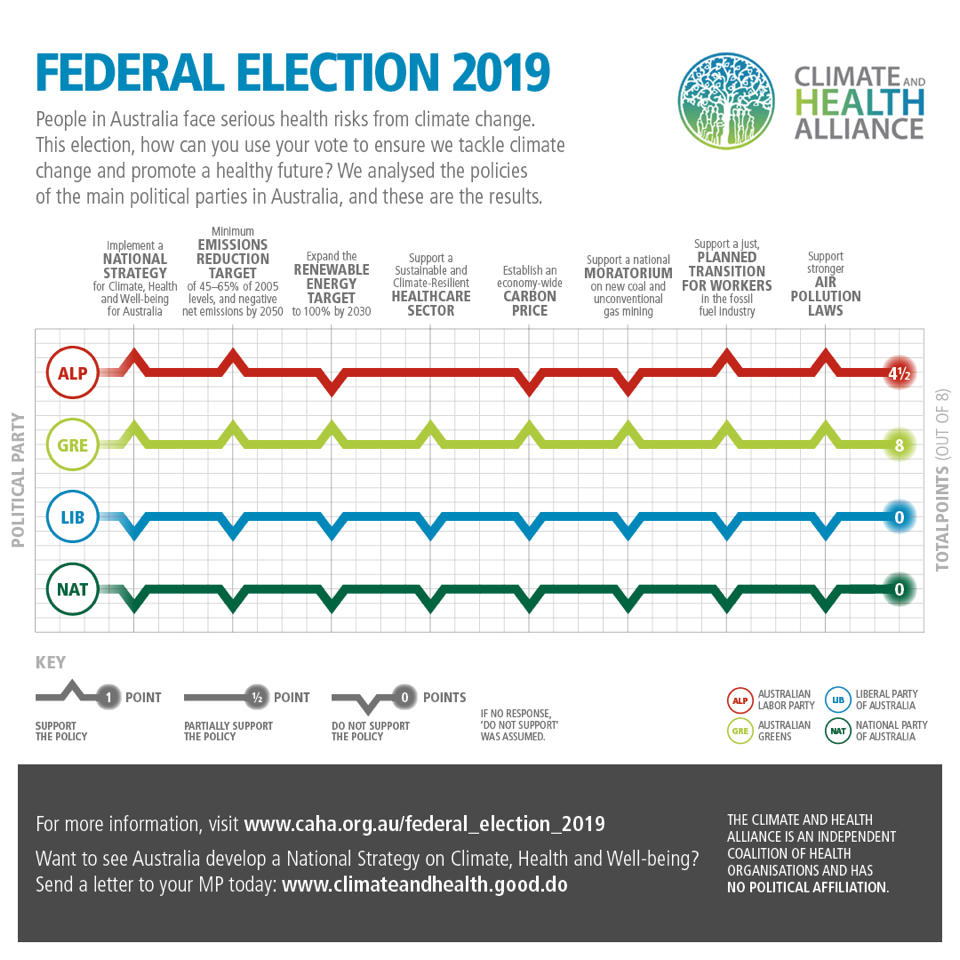 The Climate and Health Alliance has released a Federal Election Scorecard after analysing the policies of the three main political parties on climate change and health.

Open Letter to All Political Parties and Parliamentary Candidates

Over 50 health and civil society organisations and 20 scientists and health leaders have signed an Open Letter to all candidates calling for effective action on climate change for the health of the community. 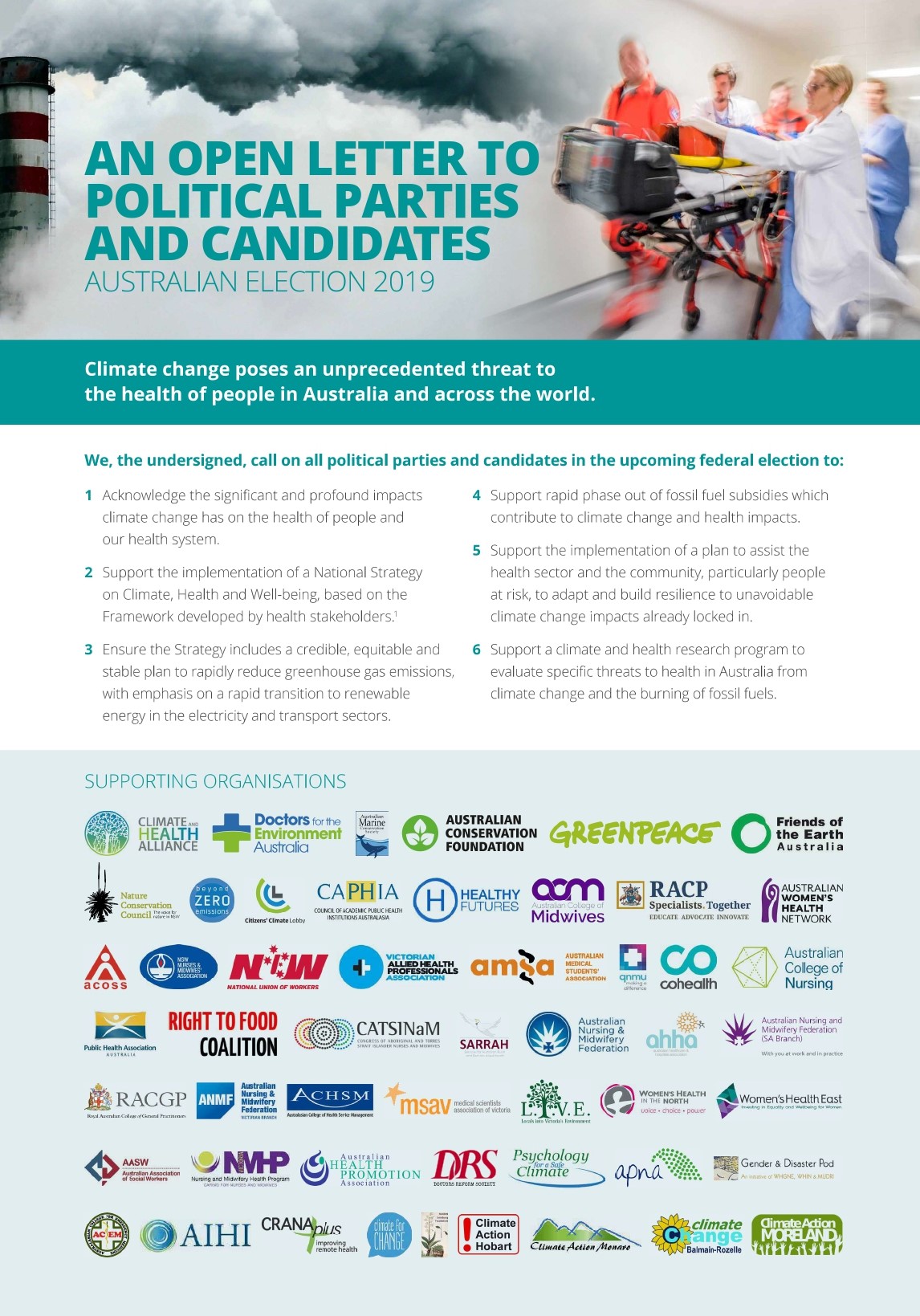 We encourage all those voting in this election to deliver the letter to your local candidates.

Please also share the Open Letter in your workplace, local community and on social media.

Check out our video calling for climate action for the sake of the health of all Australians.

We are calling on the Liberal National Coalition to make a similar commitment.

We'll keep you up to date on policy announcements

If you haven't already, join CAHA or sign up for the Our Climate Our Health Campaign so we can keep you up to date on announcements and actions.